Lets start sizing up the ships a bit again. I will start with Battleships soon, but for now you will need to enjoy. I will give you a little Sneak Peak about my future plans on the bottom of this blog post. Lets see, what I put on my Ferox:

Thanks to the utilization of the Micro Jumpdrive shortrange battlecruisers are now a viable option. All you need to be able to do is kill off everything in scram range and then moonwalk out. Thats what this fit is designed for: 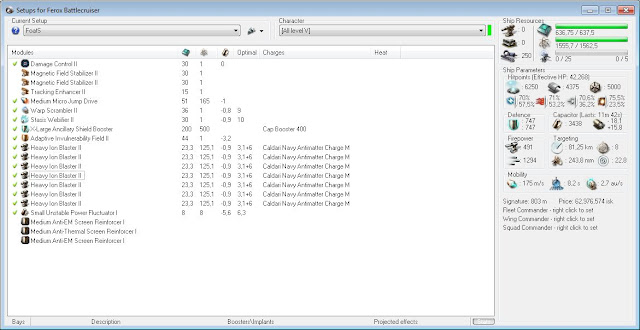 The XLarge Ancillary Shield Booster should keep you alive long enough for it.

If you have read my previous post (the one about the Merlin), you know that I am living in the Gallente/Caldari warzone right now. I was bored and I took my Ferox out for a spin and encountered exactly nothing that wanted to fight me. As I was getting closer to the border of Cloud Ring I decidet to check out the regions I was fighting in earlier this year. So it took me some time to warp from gate to gate, but after some time I arrived at brave newbies staging system of YZ-LQL.

My Plan was to seperate some people and kill off tackle and MJD away after thats done. So I warped to the station at 100 km and waited. A few seconds later a Stiletto landet close to me, but burned out of scram and web range. As his friends started arriving and noone went in close I started spooling up the MJD to get away. The stiletto pilot saw that and went in for the scram, which was his death: Scram, web, drones and guns on him. At that point a full enemy fleet landet and with the MJD on cooldown I could only try to take down as many ships with me before I went down myself. Here are the Killmails: 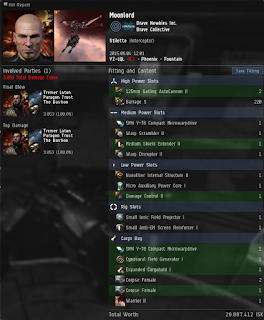 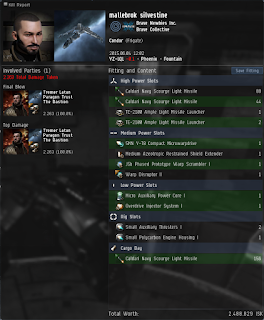 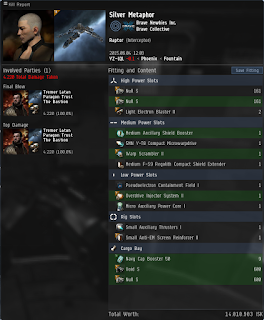 And after that I went down: 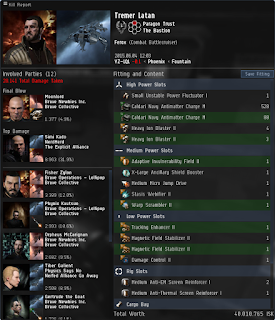 So it was close to breaking even ISKwise. As always I have it recordet:


So what is this sneak peak I talked about earlier? Here it is:

And now to the ship chart:

More to come and I hope to release at least a blog post every week, hopefully more.
Posted by Tremer Latan at 10:42 PM