Yay, another blog post. I am still out in lowsec, having a lot of fun here. After I lost the the Atrons I bought I was richer with a few kills and once more with some experience, but before I get there, lets look at the way I fitted the ship: 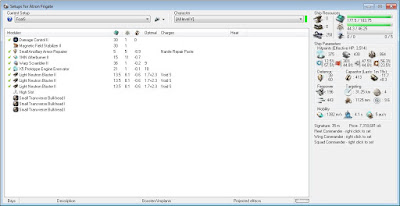 Using the natural high speed of the Atron combined, with afterburner, scram and web its hard to get away from this little bastered. And once you get close this frigate can deal a lot of damage for a frigate.
Gallente ships with a build in amount of hull are good for exactly that: Hulltanking. So thats why I slapped on those hull rigs.

So about the fights: There is not a big story to tell this time. I had a few of these fights directly in the system I am staging out right now. Its Sujarento in the Citadel region.

The first fight went down after my last shipment . I decidet to take some Atrons with me, while looking at my ship chart. So after assembeling the ships I was ready to rock and roll. Undocking, warping to a novice Plex and there they were: A Condor and a Slasher on dscan. I checked a few times more and the Condor disappeared: Even if he just warped back out to catch me on the plexgate this was the opportunity to strike and seperate them. I warped in and landet close to the slasher. He started burning away, but I was able to get tackle on him. His afterburner speed was higher then mine, so I started overheating my AB to close range and switched ammo to null for higher range. Once I was able to apply damage to him he died quickly: 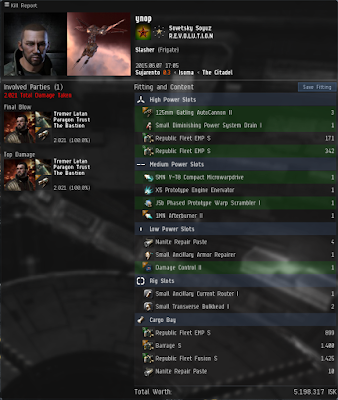 I docked back up and went offline for a bit, but returned later to try and get another fight. After a bit of roaming I encountered an Executioner in a novice plex. I totally undererstimated the damage and speed of that ship. I wasnt even able to get off all my aar charges: 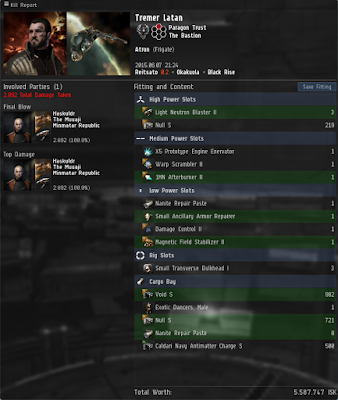 This is a thing that I still need to learn and work on: Estimating the speed of ships. There is no need to know the exact numbers, but its always good to know the order of speed in one ship class (in this case the T1 attack frigates).

So the next one was interesting: A mirror matach. Once more back in Sujarento I was looking for some quick action, so this guy in the novice complexe was perfect for me. I was waiting for some brawling, but instead I encountered a kiting setup. After some dancing around I was able to get tackle on him, and we all know how that ends for longrange ships: 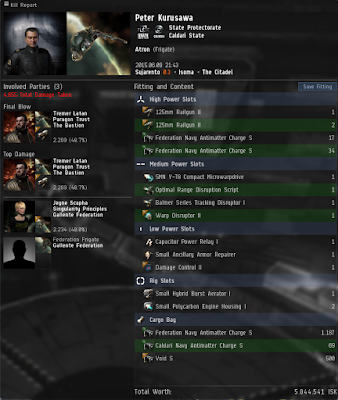 And another one. THis time it was something, that gave me great pleasure: Killing a stabbed plexer. He tried to fight and could have warped out, but he didnt reacted fast enough: 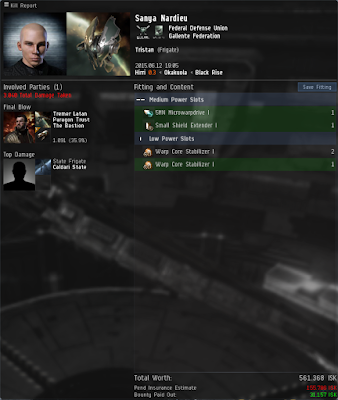 Now to the last one: I was roaming and saw two frigs on dscan once more. I warped in at range to check, if they were allied or fighting. As they were fighting I was going to third party. Naturally I choose to engage the more expensive ship, a Republic Fleet Firetail. He died rather fast, as he was already damage from the fight. More ships warped in, but it was already to late for the RFF: 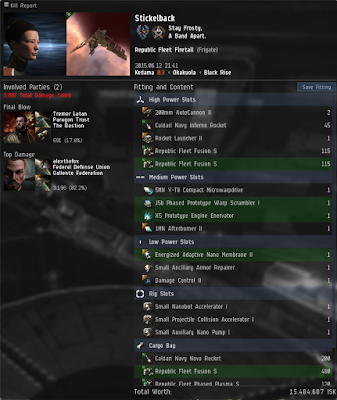 Once more I give you a video of all the action:

With this another ship is completed for this challenge. And once more you get the overview of what is done and what is to come:

I always like to get some feedback or you can tell me, what ship you like to see next. See you for the next ship.
Posted by Tremer Latan at 3:34 PM